Thanks for checking out my website. I am the author of the up and coming books The Fractured Kingdom series, the first of which is In The Shadow of Ruin, a historical fiction novel retelling traditional West African mythology, more specifically, ancient Nigerian.

It's a gripping story about inter-tribal warfare, love, betrayal and redemption, interspersed with Nigerian folklore, and a healthy dose of superstition and magic. The series aims to shed light on the people of the time, their culture, traditions, impulses, and their unyielding obsession with their gods.

The series will span different periods and generations, exploring the ever-changing landscape of the various tribes but ultimately, will give voice to the tales of a people that would otherwise remain untold.

Join me on this journey and sign up to my newsletter for news, updates and sneak previews on the upcoming books in the Fractured Kingdom Series.

THE FRACTURED KINGDOM SERIES - IN THE SHADOW OF RUIN - BOOK 1

Set in ancient Nigeria, Jide Adelani is the king of the most renowned tribe in the lands that claim to trace their lineage directly from the gods. His reign is threatened by his half-brother, Olise, whose mother is known to belong to a cult of witches.

Jide is forced to abandon his morality and seek support from men of the underworld, at the risk of provoking the wrath of the deities, to save his kingdom. Jide’s three sons, separated by their city in flames, are hunted by Olise, as he sweeps through the war-ravaged lands, purging it of the remnants of Jide’s fading alliances.

Each of Jide’s sons’ destinies is irrevocably altered by the events they bear witness to. Their journeys are beset with mystery, treachery and the unseen hands of the capricious gods, and take them across diverse and hostile landscapes, while their father fights to preserve what little of his legacy and dignity remain to him.

OUT NOW IN ALL FORMATS! 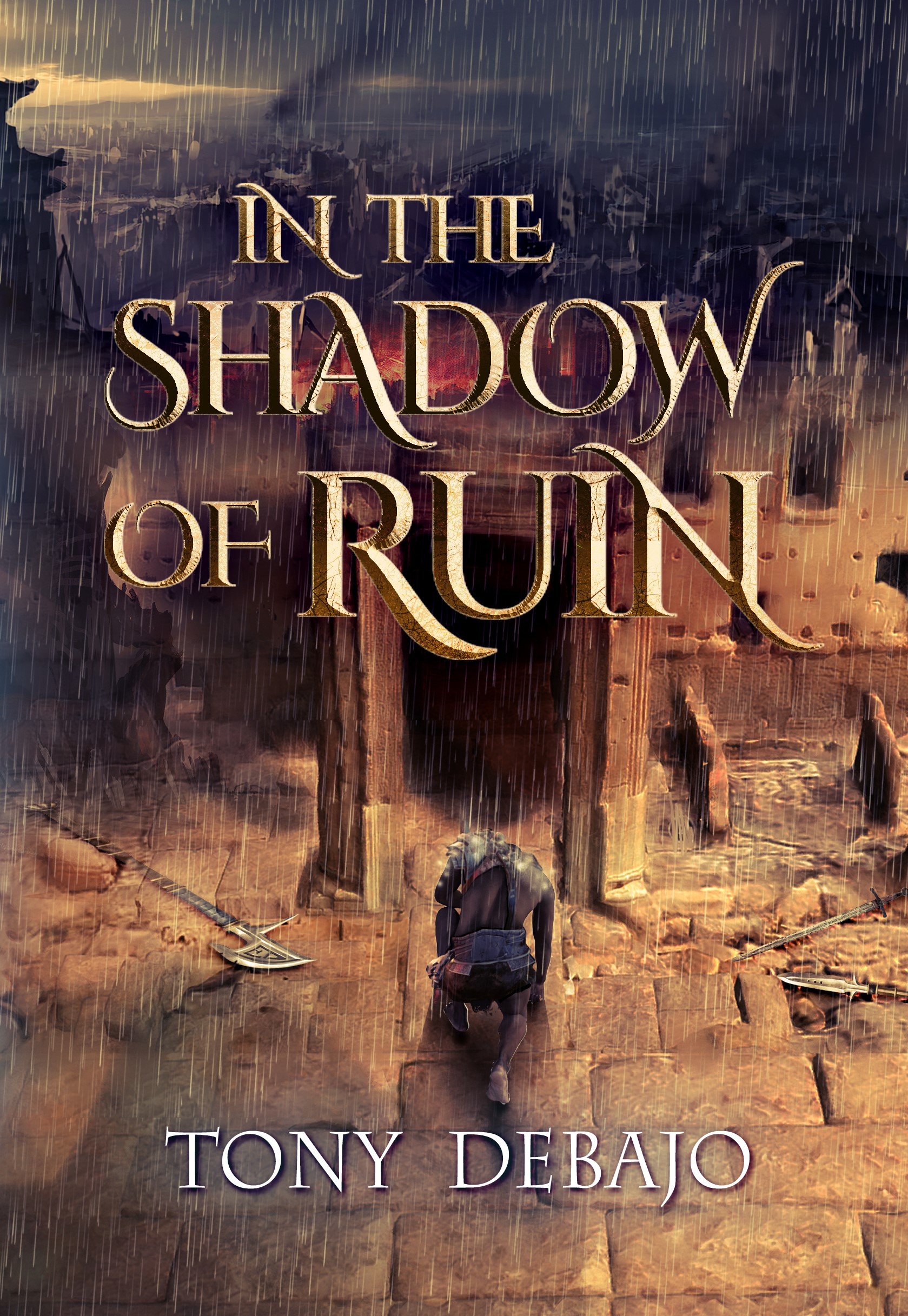 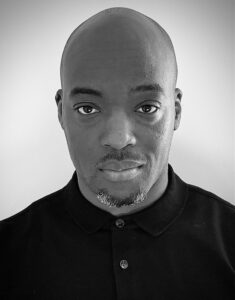 Tony Debajo was born in Downpatrick, Northern Ireland. Shortly after, his parents moved to London, England, where he lived until he was six years old, then the family relocated to Nigeria. He lived there for 11 years before coming back to England. Tony studied Civil Engineering at the University of East London and currently works in this field.

Tony’s inspiration for his novel comes from his time spent in Nigeria, where he became fascinated with the culture of his heritage.

At a young age, he was very creative. He had a vivid imagination for characters and far-away lands. In his teens, he created comic books, and was once approached by a local newspaper to have a regular feature in their comic column.

He found his passion for reading and loved tales of ancient civilisations, enthralled by their way of life, beliefs, and cultures, but most of all the mythology associated with these people.

He soon realised that his country of origin was equally rich with traditions, tales of ancient gods and acts of heroism and decided to tap into that world. Although he found a wealth of material covering Western African civilisations, he could not find books and stories compelling enough to shed light on these fascinating people that spoke to readers unfamiliar with African history. So, he decided to write one.

Garnering tales and folklore remembered as a child, some of which would have been passed down through generations and typically told around fires, he began writing his debut novel, In the Shadow of Ruin, which grew as he wrote and will now be developed into a series called The Fractured Kingdom. Tony hopes to bring to life his characters and set them free into the world.

See what people are saying

Interview with Francesca Catlow - Author of The Little Blue Door

Interview with P.L Stuart - Author of A Drowned Kingdom

Although the characters in my book are generally fictitious, the gods mentioned are widely known in Nigerian mythology. Like the Greek gods of old, these gods are numerous, all with a unique story and some are still revered even today. I can only hope to do them justice by attempting to bring them to life in this retelling of Nigerian culture, not only through words and the imagination but also visually.

This page will be updated, but here are a few of the characters:

SHANGO GOD OF THUNDER – This is one of the gods of the Yoruba tribe. He is often depicted as a bolt of lightning in human form and is considered to be the most feared of all the gods for his fiery temper and known to shoot flaming arrows from his hands when angered.

KING JIDE ADELANI – Ruler of the ancient city of Ile-Ife and all the lands south of the great rivers that divide the country, Jide is a man of great honour and unyielding love for his people and their traditions. His desire to preserve his kingdom leads him down a dark path. Nevertheless, he is protected by the goddess of the rivers.

DIMEJI BLOOD-GUARD – The blood-guards are an elite sub-tribe of warriors charged with protecting male members of the royal family. They have a history of violence but are also companions and loyal to a fault with their charges.

EKAETE - Mother of the banished prince and stepmother to King Jide. She was the regent of the southern kingdom for a time and is rumoured to have ties with the occult. Her name is often whispered in fear across the lands.

ENITAN - Prince of Ile-Ife and third son of Jide. He is a mischievous and carefree child but possesses abilities that not even he is aware of.

YEMOJA - Deity of the Yoruba tribe and goddess of the river. She is known to be a protector of women, and exceptional men, but she is mostly known to be a healer.

OLISE - The banished prince of Ile-Ife, half-brother to King Jide and son of Ekaete. He has returned to claim the throne for himself and will stop at nothing until he gets what he believes he deserves.

QUEEN LARA ADELANI - Wife of King Jide and devoted mother of the three princes, she is the backbone of the royal house of the Adelani and the glue that holds them all together.

PRINCE NIRAN - Second son of King Jide and favoured to take the mantle of kingship amongst the princes. He is intelligent and cunning but his love for the kingdom and its people are what sets him apart. 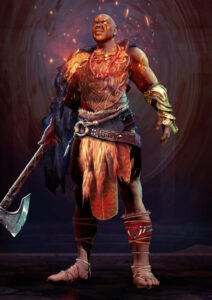 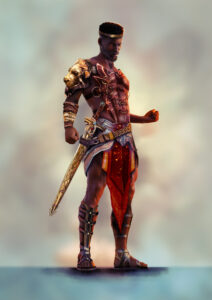 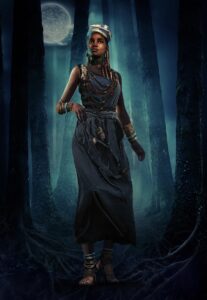 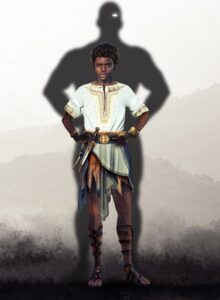 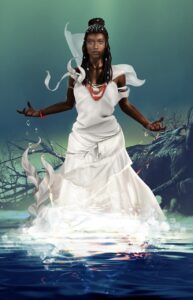 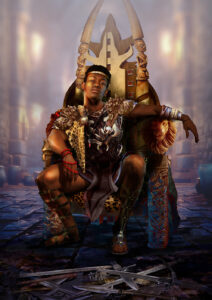 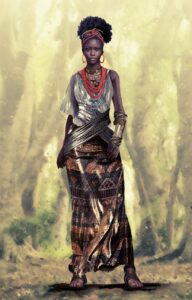 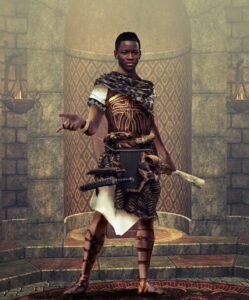 Thanks for subscribing! Please check your email for general news and updates on the forthcoming books.

Something went wrong. Please check your entries and try again.

This website uses cookies to improve your experience while you navigate through the website. Out of these cookies, the cookies that are categorized as necessary are stored on your browser as they are essential for the working of basic functionalities of the website. We also use third-party cookies that help us analyze and understand how you use this website. These cookies will be stored in your browser only with your consent. You also have the option to opt-out of these cookies. But opting out of some of these cookies may have an effect on your browsing experience.
Necessary Always Enabled
Necessary cookies are absolutely essential for the website to function properly. This category only includes cookies that ensures basic functionalities and security features of the website. These cookies do not store any personal information.
Non-necessary
Any cookies that may not be particularly necessary for the website to function and is used specifically to collect user personal data via analytics, ads, other embedded contents are termed as non-necessary cookies. It is mandatory to procure user consent prior to running these cookies on your website.
SAVE & ACCEPT